Like most authors, I’ve had my share of rejection slips. I suppose I’m lucky in that most of mine were what is rather sweetly termed ‘rave rejections’. In other words, they generally took the line of ‘We love your writing, but in the current marketplace … risk of signing a debut novelist …overcrowded women’s fiction market …’ and so on.

I take a little consolation in knowing that ‘twas ever thus. The list of writers who were serially rejected is huge. Gone With the Wind was rejected 38 times. (It has sold 30 million copies.) 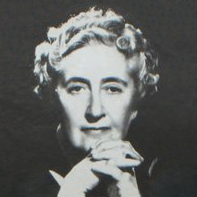 Agatha Christie had to wait years before she was accepted for publication – now she is the biggest selling author of all time, excepting William Shakespeare. JK Rowling was rejected by 12 publishers (who must be bitterly regretting their decisions now). I can go on – Stephenie Meyer (Twilight, rejected by 14 agencies), Kathryn Stockett (Help, rejected 60 times), Jasper Fforde (The Eyre Affair, 76 times), James Patterson, a dozen publishers.
When I interview authors on my blog, one of the standard questions I ask is, what are your top tips for writers. Without exception, they say, persist, keep writing, believe in yourself.

It’s hard though. If I’m honest, I found the effect profoundly depressing. For a number of years – despite being signed successively by two agents who were strongly supportive of me – I couldn’t get my work out to readers. I began to doubt my skill. If it hadn’t been for the support of fellow writers (including three lovely bestselling authors who always believed in me) in me, I might have given up. Then I was signed by the lovely Accent Press, I was lucky enough to be given an editor who loves my writing, and as a result, my creativity and confidence have blossomed.

We might think that it’s all the fault of editors – and surely we must query some judgements? I’m not sure that history records how Rudyard Kipling reacted to being told he didn’t know how to use English language, or John le Carré to the announcement that ‘he didn’t have any future’. Louise May Alcott was told to ‘stick to teaching’. But editors are readers, like the rest of us. They have their own loves and hates, they may be rooted in what has worked in the past, or under instruction to play safe. Thankfully, there are other ways to reach the reading public now, and many an author who has started out by self publishing has been subsequently been snapped up by a trad publisher later (or continued to success as an indie). 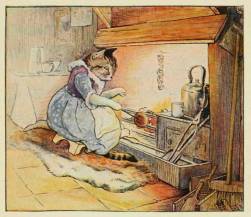 But can you learn from rejection? Some authors certainly believe so. Sylvia Plath said, ‘I love my rejection slips. They show me I try.’ CS Lewis became more and more determined to succeed through the years of rejection.  David Mitchell received a rejection from an editor at Harper Collins that ‘shredded my first-born novel, laughed at my phrasing, twirled my lacy pretensions around and gobbed into the seething mosh pit of my stolen clichés’. He tore up the slip – but took the criticism to heart and used it to progress. And Beatrix Potter showed her self belief by eventually publishing The Tale of Peter Rabbit herself. [This illustration Beatrix Potter (Public Domain) via Wikimedia Commons].

Rejection can sapping and demoralising, but do try to turn the negative energy into positive energy, find support where you can, and keep writing. You may be the next multi-million bestseller.

The latest result of my persistence is making it to the bookshelves this month. Between Friends is set in Edinburgh and revolves round three women whose lives, careers, marriages and friendship are threatened by the return into their lives of a man from their past. Only by pulling together can they survive – but is the man too clever at sowing distrust?

I’m offering a free signed paperback to one Take Five Authors reader who signs up for my newsletter at http://jennyharperauthor.co.uk then tweets using the hashtags #BetweenFriendsComp and #TakeFiveAuthors. (Don’t worry – there’s always an option to unsubscribe later – though I hope you won’t!).

19 thoughts on “Does rejection make you depressed or determined?”