The 6th of October saw the ebook release of The Christmas Promise and #MyPromise is that the morning passed  in a blur of social media activity. Although I’m a touch typist and once worked as a copy taker on a sports paper (i.e. I type quickly) I could hardly keep up with Twitter.

The blog tour had begun, the first reviews were in ‘wildest dreams’ territory and it seemed that everyone I know Tweeted to wish me well. And the result was:

#TheChristmasPromise trended on Twitter for over two hours. The Digital Media Manager Tweeted this:

My editor emailed me, my agent Tweeted me, I kept checking Twitter’s sidebar and it kept being up there. Talk about exciting!

And now you might want me to tell you how it was achieved. The problem is, I’m not sure. There must be so many factors influencing it, not least of which is what else was happening that day.

I can tell you my publisher, Avon (HarperCollins), put in a massive amount of work from which I benefited enormously. It wouldn’t be right to share their social media plan with you but be assured it was wonderful.

Here’s the details of the blog tour, though. Thank you to each and every blogger on it. As you can see, we utilised the hashtag #MyPromise as well as #TheChristmasPromise and the day before publication I contacted a lot of people, including the lovely members of Team Sue Moorcroft, asking them to make a Christmas promise and share it on social media. As the heroine, Ava, is a milliner, I had gathered a range of photos of myself wearing hats and I shared them on Facebook, Twitter and Instagram the day before. I invited people to share photos of themselves in hats, too. A LOT of people shared those posts and the review posts and every other post that used the hashtag #TheChristmasPromise on the morning of the 6th. I retweeted everything I could, I replied to everything I could and I added the buy link to everything I could. I thanked everyone I could – and if you helped #TheChristmasPromise to trend that morning, whether or not I said it at the time: THANK YOU!

The paperback comes out on the 1st of December. I wonder if we can get it trending again then? Meanwhile, if you’d like the ebook, you can buy it here for the special price of 99p. 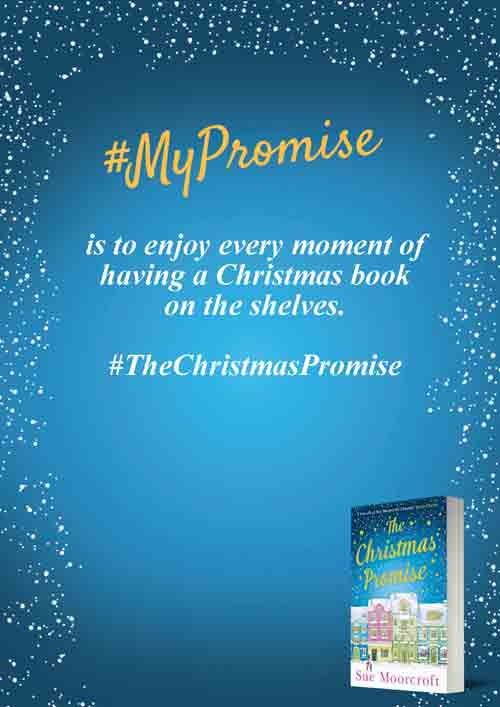 13 thoughts on “How I trended on Twitter with #TheChristmasPromise”